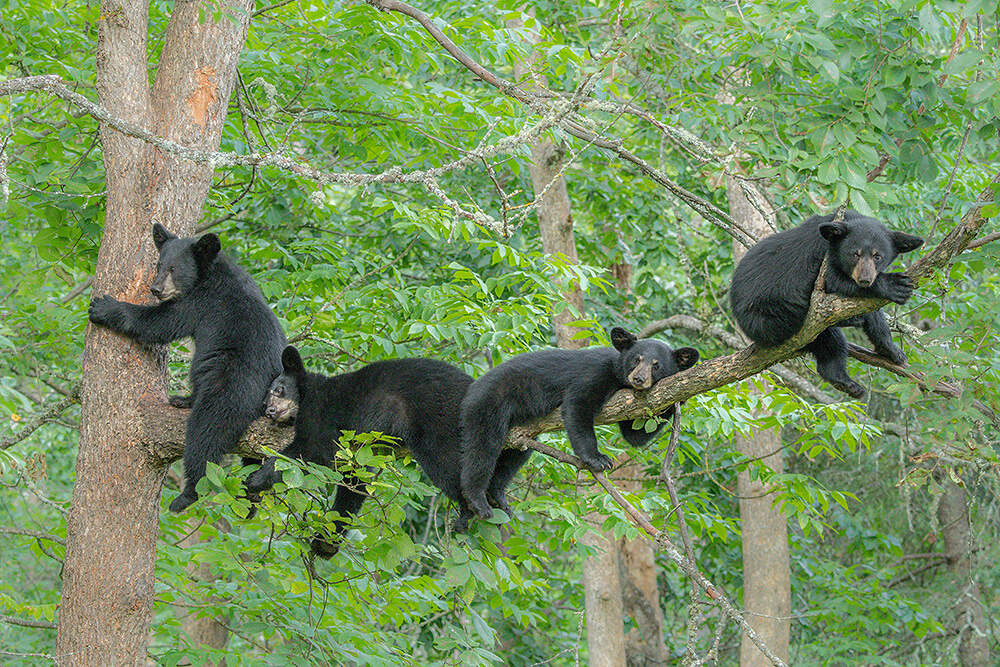 Many years ago, a humble Minnesota logger made a decision that would greatly affect black bears and the attitudes people have towards this often-misunderstood animal. It was then that Vince Shute chose to stop shooting the bears that broke into his cabins. He tried a more peaceful approach and the strategy worked – no more break-ins. Vince claimed, “the bears aren’t mean, just hungry!” Thus, began Vince’s long and celebrated life with black bears in a tiny corner of the north woods near Orr, Minnesota.

Generations of black bears still visit his former homestead, now designated as The Vince Shute Wildlife Sanctuary. The American Bear Association, a non-profit organization, was formed to manage the sanctuary in order to promote a better understanding of the black bear through education, observation and experience. Vince Shute’s final wish has become a reality – peaceful coexistence between humans and bears. All of the bears are free-roaming; they come and go at will through clover meadows, cool cedar swamps and pine forest.

The permanent establishment of the Sanctuary has preserved a unique opportunity to view and to photograph the intimate world of the normally reclusive black bear. The Vince Shute Wildlife Sanctuary also provides a most extraordinary setting for a variety of non-obtrusive scientific studies and educational programs relating to the diverse natural resources found within its boundaries.

Visit the The Vince Schute Wildlife Sanctuary for hours and information.